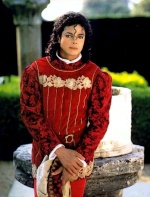 Nov 1996. Australia. The History Tour. I went to 4 History shows, 2 in my own city, and I travelled to 2 other Aussie cities for the others...same with Bad, but that was 3 shows in all. Michael cancelled the Australian leg of Dangerous because of what we now know to be a stint in rehab..at the time we were told he had a minor stomach ailment..so by the time History came along I was determind to get to as many shows as possible, despite being a few weeks pregnant with my third child.

At the concert where I got onstage, I was lucky enough to get down the front...kinda leaning towards the right hand side, but right out in front. During the costume change after Smooth Criminal a guard approached me and asked me if I wanted a dance with Michael..he didn't have to ask me twice! He helped me over the barrier, and thinking back, I can't have looked very lady-like at all...it was early summer and a warm night, I was wearing very short shorts and a MJ t-shirt..my pregnancy wasn't yet showing. I clambered over that barrier and didn't care how I looked, in case the dude changed his mind. He asked me if I was wearing anything sharp, I said no, but he asked me to turn my engagement ring round my finger, so "it doesn't get stuck in his hair"...lol...he led me to the little row of stairs and let me go...Mike was doing YANA by then...I just fell into his arms, but was quite calm, because of the baby. He was beautiful, and he smelt of baby powder. His skin was soft, but his arms were strong. He had a tight grip around my waist, and stroked my long hair. I could feel the shiny gold pants on my bare legs. He held my arm up and twirled himself under my arm. When I sensed my time was nearly up, I cupped his face in my hands and kissed him on the lips, he kissed me back, and just grinned that lovely grin at me. I noticed a red mark on his neck and my first thought was "ok...WHO put THAT there..?"...lol...then realised later it was probably an insect bite, Aussie summers are notorious for bugs, and one obviously took a shine to his neck. Lucky bug.
Wayne Nagin (chief of security), came to get me, and as he lead me away, I screamed "I love you" to Mike about 3 times, and when I looked up at him, he mouthed it back to me..I was too far away by then to hear him, but he seemed to mouth "I love you more".....that was it, I just collapsed in tears in Wayne's arms. He took me just inside the back stage area, asked me if I was ok, and offered me some water. He let me watch the next song (J5 medley), then told me he'd take me back to the audience. I asked him for some help down the stairs "cos I'm pregnant"...you should've seen the look on his face...he said "What! why didn't you tell us?", I said "are you kidding, they wouldn't have let me up there!" I assured him I was ok but after the show, I stayed back and spoke to some of the crew and apparantly Michael was told I was pregnant, and he freaked out. He was worried he'd hugged me too tight! Isn't that cute....always thinking of others..
Anyway, that's basically it...I've remembered alot over the years, and probably forgotten some too..the baby that I was carrying is now nearly a teenager, and she tells everyone that SHE danced with MJ! I guess she did in a way..
The shirt I was wearing, I never washed..the baby powder smell stayed in it for ages, and these days, since Mike passed away, I keep the shirt under my pillow and hug it while I fall asleep. The baby powder smell has long gone, but I swear some nights, when I wake up and lie there in the moonlight, (I keep my blinds up for my cat), I can smell him on my shirt.
BTW, I asked security about the baby powder smell, and they said he wore baby powder to absorb the sweat.

Hope you enjoyed reading this.. 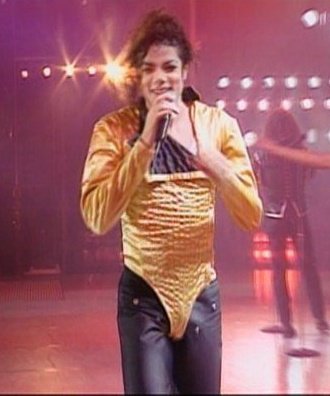 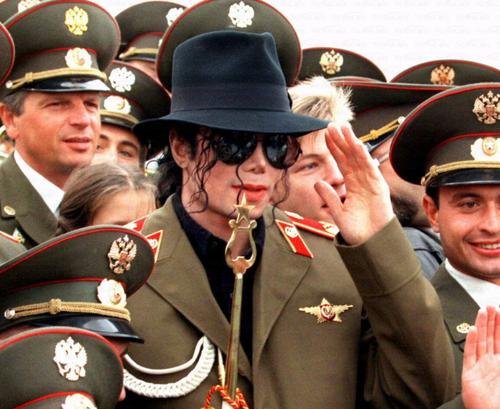 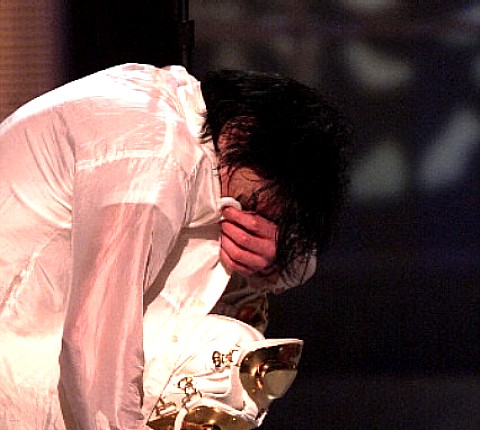 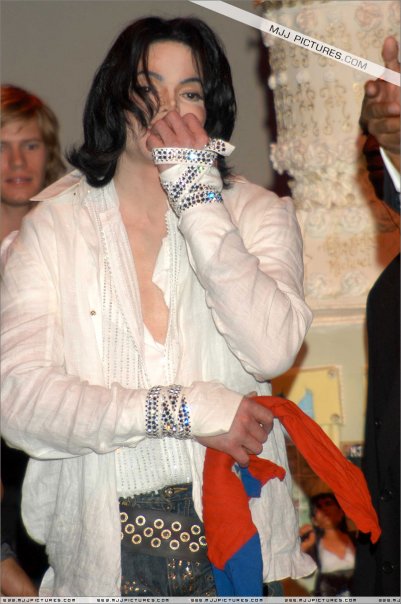